The Most Produced Aircraft is Cessna 172: 17 Facts About Cessna 172 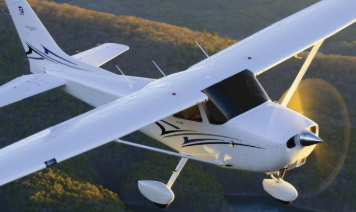 A-Z About Cessna 172 Skyhawk You need to Know

Everybody keeps asking why the Cessna 172 up till 2019, is still the world’s most-produced Aircraft in the history of Aircraft. The boom in demand for Cessna manufactured aircraft was so comprehensive that by mid-1970s Cessna had manufactured 100,000 single-engine airplanes, completely blowing their competition out of the picture.

The most popular of all the Cessna models built today has been the Cessna 172 Skyhawk, which is still considered to be the model aircraft for private aviation use and is the most flown aircraft around the world.

Sit Tight as we cover a little History about the Cessna 172. Facts about Cessna 172 and the contributions of Cessna 172 to the Aviation History.

The most shocking thing is that the competitors of Cessna 172 such as Beechcraft, Piper Cherokee, and the Musketeer are not in production anymore but the 172 aircraft, still stand the test of many. From a geek overview, the history of general Aviation is beautified by the presence of the Cessna 172 aircraft.

More people have flown the Cessna 172 for business and personal pleasure than any other aircraft in the world. There are well over 40,000 Cessna 172 Skyhawks still utilized by charter services and flying schools today.

Today in so many flight schools all over the world, the Skyhawk is regularly used for flight training. The Skyhawk is a four-seat, high wing, single-engine aircraft which was first manufactured in the 1950s.

Newer models of the 172 are in popular demand since they are affordable, simple to handle and are the perfect aircraft for a small family today. The Cessna 172 Skyhawk is justifiably one of the best aviation aircraft in the world and is loved by thousands of pilots around the world due to its reliability and endurance.

The Cessna 172 started life as an Upgraded tricycle landing gear model of the taildragger Cessna 170. The early 172s such as 172B has a lot of similarities with the 170. The plane underwent substantial upgrades over time and upgraded models in the mid-1960s included a lower rear deck and revised landing gear; as well as an aft window, marketed as Omni-vision by Cessna, which gave rear visibility.

Cessna 172 Skyhawk is the perfect training and Instructional plane widely known for its reliable flight characteristics. It all balls down to the fact that Cessna 172Skyhawk is the number one student pilot choice when it comes to flight training.

Equipped with a Continental O-300 145 hp (108 kW) six-cylinder, air-cooled engine and had a maximum gross weight of 2,200 lb (998 kg) the Skyhawk is the highest sold Aircraft and as well as most produced Aircraft in General Aviation History.

4. Cessna announced it was developing an electrically powered 172 as a proof-of-concept in partnership with Bye Energy in July 2010

In July 2011, Bye Energy, whose name had been changed to Beyond Aviation, announced the prototype had commenced taxi tests on the 22nd of July 2011 and a first flight would follow soon. In 2012, the prototype, using Panacis batteries, engaged in multiple successful test flights.

5. Takes Off at short Distance

The Skyhawk gets off the runway in a shorter distance, can operate from rougher airstrips, can carry higher loads. Add to that the multitude of STCs that allow the aircraft to do even more.

6. Made with Many Engines

In the year 1958, the world flight endurance record was created in a Cessna 172 Skyhawk. The record stands to this day and tells you all you need to know about the reliability and efficiency of the Cessna 172 Skyhawk!

The record was attempted on December 4, 1958, by pilots John Cook and Robert Tim in a brand-new Cessna 172.

They remained airborne for 64 days 22 hours 19 minutes and 5 seconds! Finally landing on the 4th of February 1959, back at the McCarran Airfield in Las Vegas, Nevada, and the whole mission was successful in raising funds for the Damon Runyon Cancer Fund.

8. Highest Light-Sport Aircraft With so Many Variants

9. The militaries of Austria, Iraq, Lithuania, and Singapore, among 12 other nations, use Skyhawks in their National Air Force

Many international Air forces, including Austria, Greece, Singapore, Iraq, and Chile purchased various civilian variants of Cessna 172 Skyhawk and these aircraft were used for different things at the Military arena such as training.

The current Cessna 172 Skyhawk that is modified by Textron Aviation is powered by the latest technology integrated Cockpit Avionics which is Garmin GI00 NXi. The new modified Aircraft by the Textron Aviation has features like;

12. You Can Fly Up to Six Hours When Fueled

With the fuel tanks fully loaded the Cessna 172 Skyhawk will fly up to five or six hours in good weather conditions. With a velocity of 110 knots (or 200 km/h), this equals a trip between Stockholm and Amsterdam – without having to stop for refueling if conditions are ideal.

Not until 1960 that the term “Skyhawk” first entered the scene. For the new 1961 model of the 172, Cessna wanted to develop a deluxe version that they could offer alongside the basic model. So, they called the deluxe version the “Skyhawk.”

Technically, “Skyhawk” still refers to the deluxe model, while the basic model is just the Cessna 172. However, this distinction isn’t usually recognized, and for most people, all 172s are the Cessna 172 Skyhawk.

However, you could argue that the 172 and the Skyhawk refer to different aircraft. The Cessna 172 is the base model and Skyhawk in the deluxe model.  But for most people, Cessna 172 and Skyhawk are one and the same.

When you fly the Skyhawk at a high altitude,  you might like to connect your music to the aircraft, and just like a car stereo, the Skyhawk has an auxiliary music cable input – the music is of course shut off automatically if someone says something on the radio or intercom. This is not important to pros it is very important that beginners should know about this.

The is one reason why the aircraft is so easy to fly for pilot students as the wings are located on top of the roof instead of underneath the fuselage like the piper. This is a nice feature not only because it gives you some shelter when exiting the aircraft on a rainy day in June or July, but for the static lateral stability of the aircraft.

This means that the aircraft will be very stable to fly as it will have a natural instinct to return to its wings level condition.

Any mechanic in the world can work on one Skyhawk in a farmer’s field or in an international airport. The list of pros far outweighs the cons and is the main reason why it remains the world’s most-produced airplane. in many cases the plane makes a mediocre pilot appear to be better than they really are.

The General contribution of Cessna 172 to General Aviation

Obviously, it’s not fast, but at least it’s simple and doesn’t burn a lot of fuel. It’s not sexy, but it’s utilitarian, it’s easy to fly, and it makes a great airplane for getting into and out of short, rough fields. It’s very cheap to operate and that, combined with its legendary dispatch.

If you’ve spent time flying, chances are pretty good you’ve flown in one, or even flown one. And you’ve probably heard or know that the Cessna 172 has a reputation for being a solid all-around aircraft. Those who research the purchase of their first aircraft often give consideration to a Cessna 172.  This is because of its simplicity, moderate entry fee, affordable insurance, and lower maintenance costs.

The Cessna 172 Skyhawk is the aircraft most people Imagine when they hear the words ” small plane”. More people probably know the name Piper Cub or Diamond, but the Skyhawk’s shape is far more familiar. Most people own a 172, many people have given friends and family a first ride with the Skyhawk