What is autopilot? How does it work? 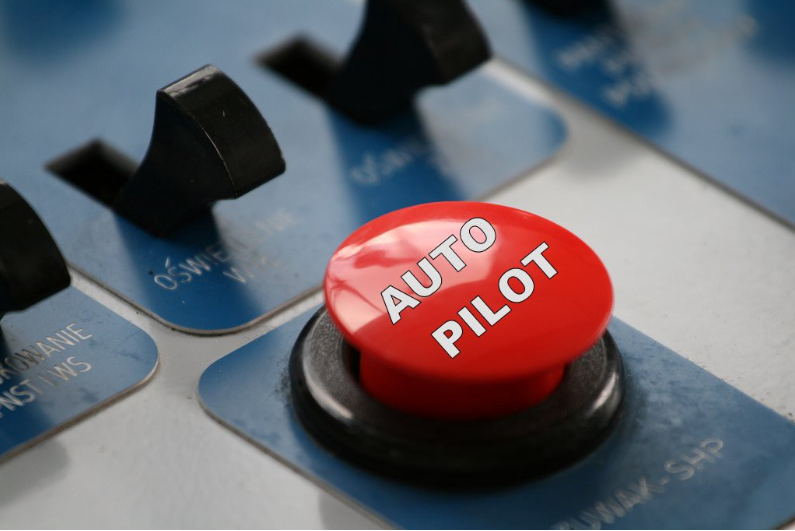 understanding what is Autopilot, Autopilot flying aircraft on its own through computer system. Flightpath stored In flight management and guidance computer.  Any modifications required by NOTAMS notices carried out pilot through MCDU.

Essentially, autopilot is a very smart and powerful computer that works similarly to a GPS. It can assist the pilot in flying the plane from departure to the touchdown at its destination.

The autopilot is more accurately described as the automatic flight control system (AFCS). An AFCS is part of an aircraft’s avionics — the electronic systems, equipment, and devices used to control key systems of the plane and its flight.

In addition to flight control systems, avionics include electronics for communications, navigation, collision avoidance, and weather. The original use of an AFCS was to provide pilot relief during tedious stages of flight, such as high-altitude cruising.

Advanced autopilots can do much more, carrying out even highly precise maneuvers, such as landing an aircraft in conditions of zero visibility.

Things about Take-off Every Pilot should Know

Autopilots can control any or all of these surfaces. A single-axis autopilot manages just one set of controls, usually the ailerons. This simple type of autopilot is known as a “wing leveler” because, by controlling roll, it keeps the aircraft wings on an even keel.

This will set the desired direction or heading that the pilot wants the plane to take. However, this doesn’t consider changes due to wind or the desired route; the pilot has to correct that himself.

This setting will hold a direction as well as navigation. It’s similar to an automated car in that it follows the navigator’s input. The pilot continues to monitor as the plane flies.

This type of autopilot will fly pre-programmed instrument approaches. The only time the pilot must take over is to execute the landing.

They are controls for two separate autopilot systems that have the same functions and serve as a backup and crosscheck for each other.

The vast majority of aircraft used by airlines have multiple autopilot systems. These autopilots are essentially the same, they act as backups in case one of the systems fails. The number of autopilot systems depends on the complexity of the aircraft. A Dash 8 has two… A B-767 has three.

Normally one autopilot at a time handles the flying of the airplane. An exception to this rule typically occurs in approach mode, when two (in the Dash anyway) autopilot systems at a time are tied into the flight guidance computer to allow for immediate redundancy should one autopilot fail so near to the ground.

All about Autopilot System by Mightmech

The Lure of the Cheap Autopilot